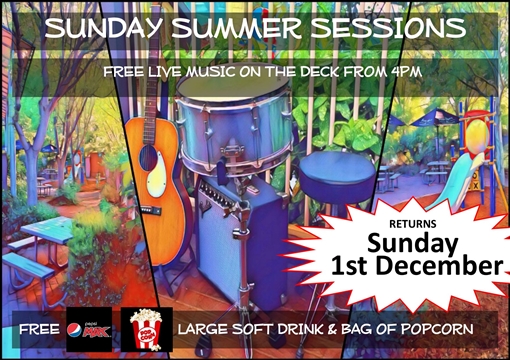 It's all about chilling out and listening to the great sounds generated by
local talented musicians.

Lying, Cheating Bastards
The Lying Cheating Bastards play an eclectic and exciting mix of rock and roll and rhythm and blues with a touch of country.
Bio
John Van Buren plays bass in the Bastards.  He has been playing to Canberra audiences
for longer than he can remember and loves doing it.
JVB refers to himself as a long and wiggly Daschund.
Jon Jones completes the rhythm section.
Well know with punters at the Irish Club for hid silly antics with Cassidy's Ceili.
He has performed, recorded and toured with many artists in the folk world including Eric Bogle.
Jon Jones refers to himself as a Labrador who endears himself to his audience.
Damian Spencer sings and plays guitar and completes the trinity - The Lying Cheating Bastards.
Well known for his love or county and blues guitar playing in a variety of bands in Canberra.
Damian refers to himself as an Afghan with lots of licks.

"Kath and Ross play a great selection of classic pop/rock tunes that you can happily sit back and enjoy a beer to or get up and strut your stuff if the mood takes you! With Kath's powerful yet sweet vocals, she will take you to another place while Ross's powerhouse rythyms will bring you straight back down to earth!They have been entertaining crowds all over Canberra for many years with an infectious passion and enthusiasm for what they do! Come enjoy what this duo has to offer!"